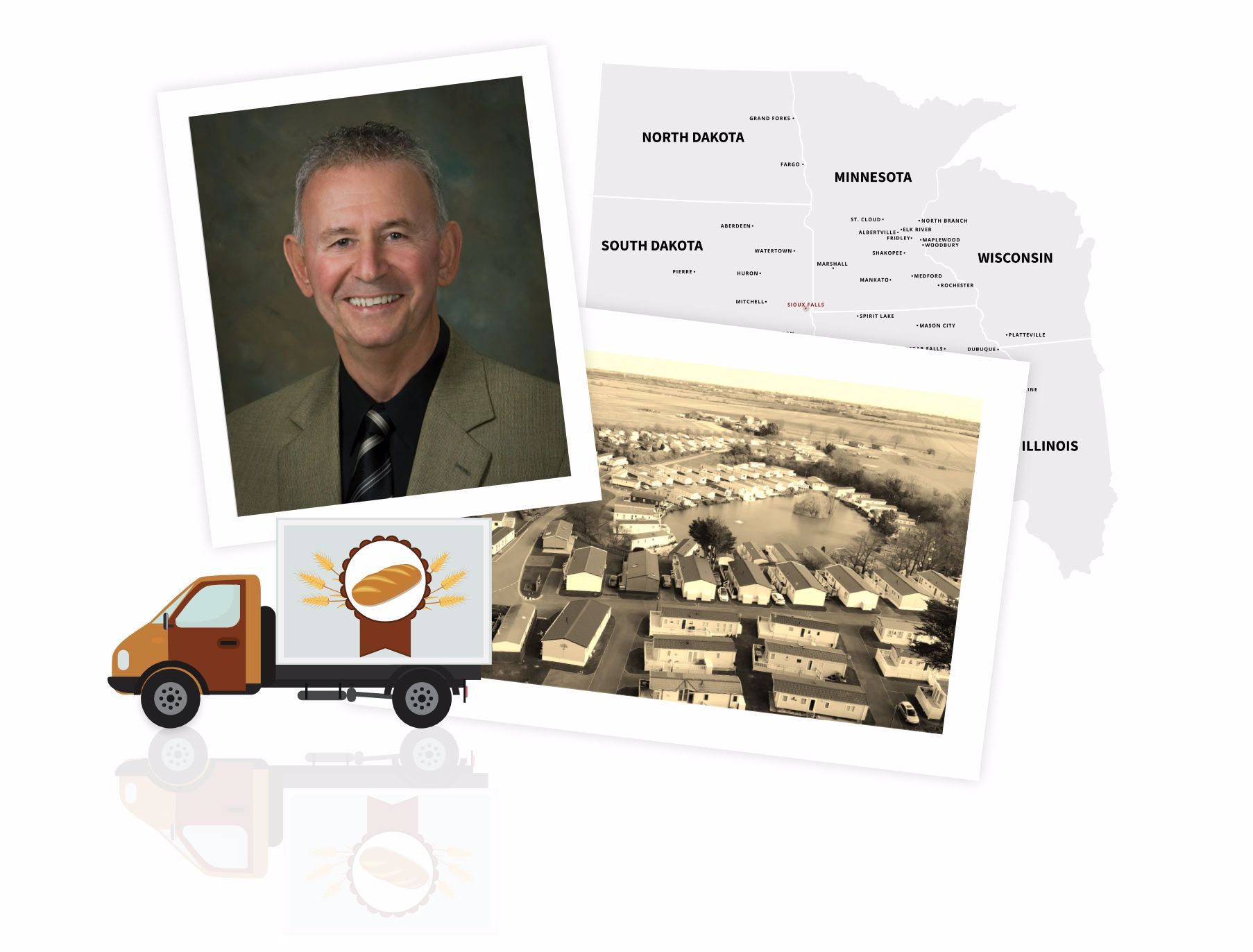 William Hinks, or more commonly referred to as Bill by friends new and old, has set goals in his lifetime and shattered them. As the founder and Chairman of the Board of Furniture Mart USA, he has helped families turn houses into homes, cities into communities, and lead his company to grow with the neighborhoods they call their own.

Bill has been in the furniture business for over 45 years, but selling home furnishings wasn’t his first love. It wasn’t even his second love. Growing up, Hinks was passionate about 2 things: basketball and music. Attending a small high school in Siren, WI allowed Bill to be the star of his basketball team. At home, his mother was the music star, performing for both the family and the church; and proved to be the inspiration for keeping music in Bill’s everyday life.

As much as Bill wanted to play basketball after high school, he knew that playing professionally wasn’t in the cards. He had thought about coaching, but decided to turn to music for a career, hoping to one day be a music teacher. Balancing school and work as a newlywed and first-time father proved to be difficult, so the Hinks family of 3 moved to South Dakota for a change of pace.

Hinks first job in South Dakota was driving for Metz Bakery in Sioux Falls. In just a couple of years, he grew his route with both new and old accounts for the business, making Metz one of the most successful bakeries in the region. Wanting to finish his music degree, Bill and his family moved to Brookings, SD, where he attended South Dakota State University. To earn a living while in school, Hinks bought a Texaco service station, where he worked around his class load. The Texaco station turned out to be a major success! Realizing his talent and passion for sales, Bill ventured into the mobile home business. Another success! In his first year, he made the top 15 Dealers List for Marshfield Home.

Experiencing great success in Brookings, Bill opened a second mobile home business in Sioux Falls, which quickly grew to be another top dealer for Marshfield Homes, and the largest producer of mobile home sales among the 15 dealerships in the district. Expanding his business yet again, Hinks ventured into the land development arena and a year later, opened a home-building business.  The first year’s sales included 80 houses built and closed.

Furniture entered the scene by happenstance in the late 1970’s. After returning surplus furniture from his mobile home business for manufacturer credit; Bill thought perhaps a more lucrative business would be selling the furniture himself. Bill followed this hunch and immersed himself in learning everything he could about the furniture and carpet industry; taking trips to Florida and North Carolina markets, meeting with friends in the furniture business, and ultimately leading him to open his first furniture store. Unclaimed Freight Furniture, the name of Hinks’ flagship location opened in 1977. The rest, as they say, is history.

The growth of Hinks’ flagship location was remarkable, which lead to additional store locations in 1981, 1985, 1993, into present day. As the company grew, Bill chose to expand into additional stores and landed on a fairly simple name, Furniture Mart.

After joining forces with Ashley, the #1 furniture and mattress retailer in the U.S., through a licensee program, Hinks’ company developed into an organization of over 50+ retail locations in 6 Midwest states, as well as multiple Distribution Centers, and a Corporate Home Office located in Sioux Falls, SD, housed within the Furniture Mart USA brand.

Throughout his impressive career, Hinks has always put family first. His wife, Carolyn, who he has worked within the company business for over 25 years, handful of children, nieces, nephews, as well as grandchildren, have all found their place within Furniture Mart USA, emphasizing the importance of family-owned businesses and the values they carry.

As much as Hinks has succeeded in his business ventures, he has not forgotten to give back to others. Hinks generously supports numerous charities and especially favors those related to helping children – including Children’s Inn, Make-A-Wish, Smile Train, Great Plains Zoo, Habitat for Humanity, Legends, United Way, Ronald McDonald House, Sanford Children’s Hospital/Health Project, just to name a few.

The past 45 years of Bill’s career have been filled with astounding growth and advancement. Furniture Mart USA has been ranked in the Top 100 Furniture Retailers in America for decades with an unwavering philosophy of providing customers with quality, name-brand furniture at guaranteed lowest prices and continuing to serve as a holistic solution for customers home furnishing needs.